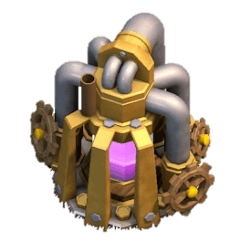 The “Catch Up Point” is the time at which the newly upgraded collector has equaled the total production of the collector had it not been upgraded – this does not consider recovering the cost of the other resource required to perform the upgrade.

This article is licensed under the Creative Commons Attribution-ShareAlike License. It uses material from the Elixir Collector/Home Village article.